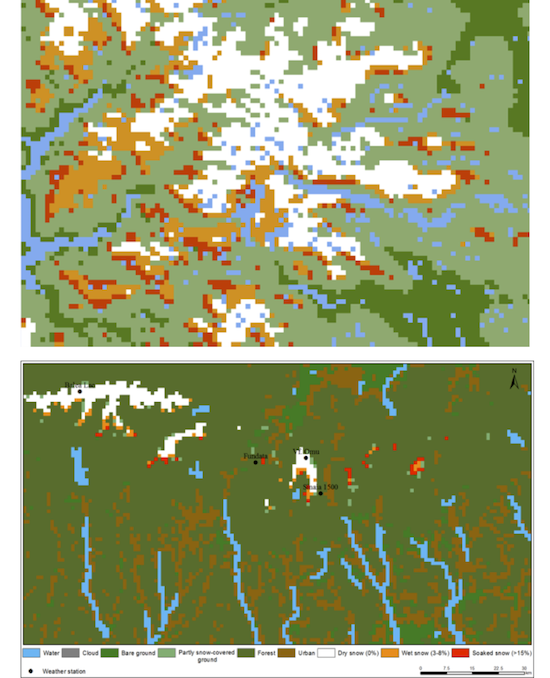 The validation analysis of the retrieval results for snow wetness from the novel multi-sensor/multi-temporal approached seems very promising, delivering retrieval results on a daily basis as categorical degrees of snow wetness independent of cloud cover. The approach is, however, mainly data driven so lack of observations necessarily also gives lack of quality. But when both Sentinel-1A and -1B become available (in the autumn 2016 according to ESA’s schedule), the observations become rather dense as Sentinel-3 also will give daily optical observations (but limited by cloud cover).

During this phase, was designed the methodology for estimating the snow water equivalent, by data fusion approach, using the distributed model NOAH simulations, ground observations and satellite products. Within the methodology, the different type of data and information are analyzed and compared, using a series of automatic cross-validation algorithms, and then the snow water equivalent is estimated in grid format, at spatial resolution of 1 km, by multiple successive steps of interpolations and adjustments, depending on the degree of uncertainty associated with different type of data.